How to choose a solid state relay

When choosing a solid state relay, you should compare the application conditions, analyze the research manual, detailed specifications, and product technical performance and parameters. At the same time, it should be noted that the performance parameters and load capacity of the solid state relay are greatly affected by the ambient temperature and its own temperature, and its input has polarity. It is required that the output circuit is easily damaged by the tip-seal voltage and surge current when inductive and capacitive loads, and the power loss and heat dissipation caused by the on-state voltage drop when it is turned on. Focusing on these problems will help realize the scientific utilization of solid state relays and make them more reliable.

The steady-state current flowing through the output of the solid state relay during use must not exceed the rated output current at the corresponding ambient temperature in the product specification, and the possible surge current must not exceed the relay's overcurrent. The load capacity generally has a certain margin. The bidirectional thyristor output is mostly used for resistive loads, and the one-way thyristor anti-parallel output is mostly used for inductive and capacitive loads. Most loads can use the "zero control" type, but need to adjust the voltage (such as dimming) and a small number of inductive loads (such as transformers) must use the "random control" type

There are almost no solid-state relay loads that are completely surge-free, and even electric heating elements, although they are purely resistive, have a positive temperature coefficient and low resistance at low temperatures, and therefore usually show a large starting current. For example, the on-current of an electric furnace is usually 1.3-1.4 times the steady-state current, and the on-current of an incandescent lamp is usually 10 times the steady-state current. The surge and surge current of the halogen lamp can be as high as 25 times the steady-state value. Some metal halide lamps need 10 minutes to turn on. During this process, the lamp and its ballast may be capacitive and inductive. May be accompanied by current pulses up to 100 times the stable value.

Capacitive loads are potentially dangerous. Because it initially appears as a short circuit when it is energized, a high surge current will appear during charging, which is limited by the internal resistance of the power supply, circuit resistance, and circuit inductance. If switching power capacitors, not only should the surge current be considered, but also the overvoltage during "over-compensation". It is recommended to use our company’s dedicated solid-state relay for capacitor switching or SGDF series composite solid-state relay.

The inductive load will generate a large inrush current, and an overvoltage of twice the power supply voltage may be generated when it is turned off. For example, AC electromagnets and contactors have low input impedance in the non-excited state, and surge currents 3-4 times the steady-state current will appear when they are energized. If the transformer with saturation remanence continues to excite in the direction of remanence when it is switched on, due to severe magnetic saturation, there will be a surge current almost exclusively determined by the winding resistance in the first half of the cycle, and it can even reach steady-state electricity. 30 times. The maximum inrush current of an AC induction motor when starting is 5-7 times the steady-state rated current, and its starting surge current gradually transitions from the initial locked-rotor current to the steady-state current. The duration of the transition is the same as that of the motor. It has a great relationship with the inertia of the load, which can range from dozens of power cycles to dozens of seconds. Therefore, it is recommended that users should carefully analyze and study or test the surge characteristics of the load when choosing solid state relays, and then choose solid state relays. The solid state relay must be able to withstand this surge current under the premise of ensuring steady-state operation.

The following gives the recommended value of the derating factor of the rated output current of the solid state relay by considering the load surge current and the overload capacity of the solid state relay, and the regulated current of various loads at room temperature. When solid-state relays are in frequent operation and require long-life, high-reliability applications, the derating factor in the following table should be multiplied by 0.6, and the enhanced solid-state relay with good thermal fatigue performance should be used.

The input voltage of DC resistive input solid state relay is generally 4-16Vdc. This kind of solid state relay is connected in series with a resistor in the input circuit, and the current increases with the increase of voltage, which is simple and durable. In application, if the control voltage or current is not suitable, it can be solved by connecting the resistance in the control loop, and it is recommended. In addition, it is a constant current input solid state relay with a wide input voltage range, ranging from 3-32Vdc. It is connected in series with a constant current source circuit at the input end, and the current is basically unchanged when the voltage increases to a certain value. AC input is mostly used in occasions without DC power supply, pay attention to the maximum delay of 40mS when it is turned on.

The output leakage current is used to characterize the insulation state between the same output terminals when the solid state relay is in the off state. It is not allowed to measure the insulation resistance and dielectric withstand voltage between them with a test voltage higher than the output voltage, and it is not allowed to test the leakage current in an unspecified direction. For special applications, such as inductive, capacitive load and frequent operation, it is recommended to contact the application engineer of the production plant to obtain their support when selecting the model. The principle of Zener diode and precautions for use 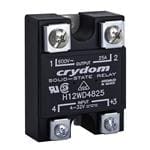 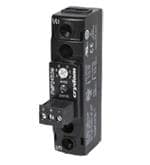 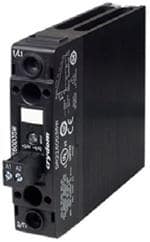 Film Capacitors for EMI Suppression and EMC Filtering from TDK

4. How to judge the positive and negative of the capa...

5. TSMC has suspended deliveries of products to Russia

TSMC has suspended deliveries of products to Russia

6. Combating Environmental Impact in the Electronics ...

Huawei : The energy efficiency of 5G will be 10-20 times higher than that of 4G, and the energy saving scheme of hierarchical classification will be a